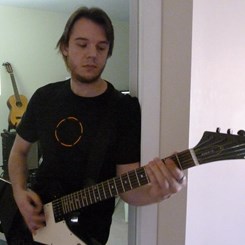 I am very proud to introduce our new trumpet and brass teacher - Anibal!

A graduate of the Mannes School of Music in 1995, Anibal is a professional trumpet player whose experience speaks for itself: he performed with the Lionel Hampton Jazz Orchestra, Charles Rolliver Big Band, Ringling Brothers and Barnum & Bailey Circus, "Salsa Show of the '90s", and the Off Broadway show "Borinqueneers." He continues to play professionally with the Lionel Hampton Tribute Jazz Orchestra, Mambo Legends Orchestra, Spanish Harlem Orchestra, Latshaw Productions Pops Orchestra, Sinatra Saturdays at Carnegie Club, Cab Colloway Orchestra, appears on professional recordings over the last twenty years and even appeared in a few television performances, including an episode of "Mozart in the Jungle."

Anibal has been teaching privately throughout his entire career and has been keen on bringing his professional experience to beginning students; there's no one better to teach a beginning or advancing player than Anibal! He previously worked with the William Paterson Music Program, the Newark Academy and a private studio in Livingston, and is building his own trumpet and brass lesson studio on Mondays at Music & Arts in Wayne. He teaches on Mondays and is currently accepting students - call today!