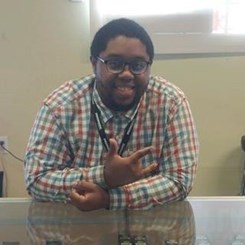 Get to know Richard F

I have been playing trombone since 5th grade in 2004. From middle school to high school, I participated in different ensembles for festival, jazz band, marching band, and pep band.

I am a member Kappa Kappa Psi National Honorary Band Fraternity and earned my degree for Nuclear Engineering in 2017.

Since joining the Gastonia team in late 2018, I've been learning new facts about the world of music every day!

I am currently taking guitar lessons with our teacher Nicholas Rhodes.