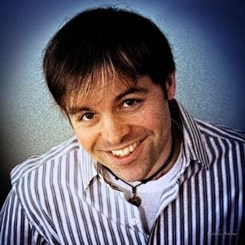 Get to know Wesley B

Hello, my name is Wes and I began working at Music & Arts in 2013. My career in music technically began when I was 5. I did Suzuki method violin for about 3 months, then dropped the instrument entirely. I picked up the saxophone in middle school when I was 11, and haven't looked back. Throughout high school, I participated in marching band (where I was saxophone section leader and named Hornline Captain my senior year), Bands of America camp at Illinois State University, and Virginia All-District band (representing District 6).

Early in college, I picked up the guitar (due to my love of hard rock/heavy metal music) and have been an avid guitarist ever since. For several years I studied guitar with Tommy Cox, where we bonded over our mutual love for Dream Theater, Joe Satriani, and Iron Maiden. I have also played in numerous pit orchestras (playing both reeds and guitars) throughout the Lynchburg area.

In 2011, I moved to Fairfax, VA to pursue my Masters degree in Arts Management at George Mason University. While at George Mason, I was a member of the Symphonic Band under the direction of Jennifer Lapple and the Wind Symphony under the direction of Mark Camphouse. At my time at George Mason, I also studied saxophone with Ed Fraedrich. As a student, I had the opportunity to intern for the Marketing Department in the GMU School of Music as well as intern for the McLean Orchestra.

After graduating from George Mason in August of 2013, I have been working at Music & Arts as a full-time employee. Aside from Music & Arts, I am currently a member of the Fairfax Wind Symphony, and a freelance graphic designer.

Let me help you find your music voice!