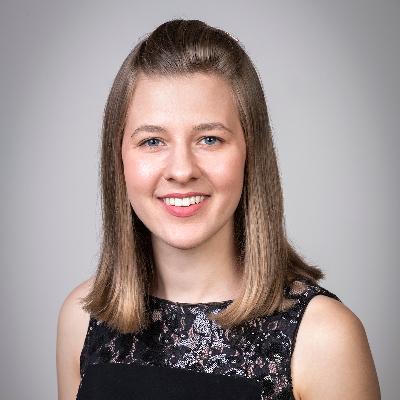 Allison Hughes
Music Teacher, Master
Location: Avon, CT
Speaks: English
Instructs: Flute
Education: Master's of Music in Flute Performance, The Hartt School; Bachelor's of Music in Flute Performance, The Hartt School
Teaching Philosophy: My primary goal as a teacher is to inspire a life-long love for music and learning in my students. I believe in an individualized approach tailored to each student, based on a strong foundation of sound, rhythm, and technique. I believe that studying music improves every aspect of our lives. It teaches us how to diligently work at something and that consistent, thoughtful practice will make even a difficult passage feel easy.
Book Now

Get to know Allison Hughes

Allison is currently Principal Flutist of the Hartford Independent Chamber Orchestra. Passionate about the flute as a solo instrument, Allison has performed the Liebermann Flute Concerto with the Hartt Orchestra. With Duo Alterity Allison was an Artist-in-Residence for the 2018 and 2019 seasons of Connecticut Summerfest Contemporary Music Festival, and has given performances at notable venues including The DiMenna Center for Classical Music, The Bushnell Center for the Performing Arts, and the Governor’s Mansion in Hartford, Connecticut.

A sought-after teaching artist, she holds Master’s and Bachelor’s degrees in Flute Performance from The Hartt School, where she studied with internationally acclaimed flutist Janet Arms. Allison loves sharing her passion for music and life with students, collaborators, and audiences alike.