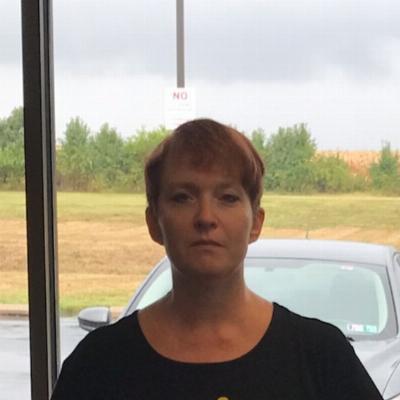 April Harper
Music Teacher, Master
Location: Middletown, DE
Speaks: English
Instructs: Cello, Guitar, Piano, Ukulele, Violin, Voice
Education: B.M. in Music Education from Rowan University, Cum Laude. Certified to teach K-12 in NJ and DE.
Performance Experience: US Army Band 2001-1003. Freelance Bassist/Guitarist since 1993. Freelance Church Singer since 1996.
Teaching Experience: Private Music Educator since 1996. Substitute Teacher since 2012.
Teaching Philosophy: My goal as a music educator is to foster a lifelong passion for music. My role includes mentoring and collaborating with students as they navigate their individual music paths. Music is a language and it is my job to teach students to read, write and express themselves artistically in this language. I tailor the curriculum and lessons to accommodate each student’s learning style. The student and I are partners on a journey that could and should be lifelong.
Book Now

Get to know April Harper

April is a performer and teacher with over 25 years of experience. Piano was her first instrument - age 7. After discovering rock & roll around the age of 11, she turned her attention to guitar and bass. A lark voice lesson led her to her high school’s choir. Soon after, she was in NJ’s state and regional choirs. She went on to major in Music Education at Rowan University, graduating with honors.

April’s performing credits are many. She has been a paid chorister at St. Luke and the Epiphany and St. Mark’s Episcopal churches in Philadelphia. Her bass and guitar credits are numerous, having played in the pit bands for many colleges, theater groups, and the United States Army.

Since leaving the Army, April has devoted her time to teaching. She has taught for Middletown Music/ Music & Arts since 2004, and has been a substitute teacher in the Appoquinimink School District since 2012. Music is her life’s work, and she would like nothing more than to share it with as many as she can.