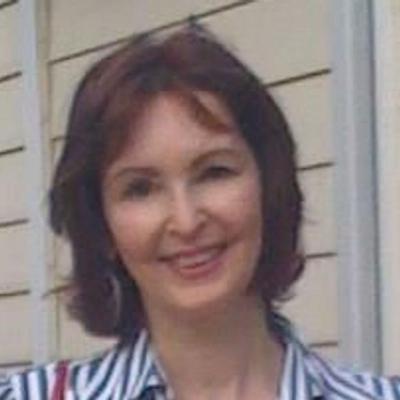 Get to know Beata Segesvary

Beata Segesvary is a European trained performer and teacher of the violin and viola. She has been teaching for 20 years on all levels. She is located in Great Falls, which is in Fairfax County in Northern Virginia, and is especially experienced in giving private, individual lessons as well as preparing students for orchestra play and auditions in the Fairfax & Loudon County Public Schools systems.

Mrs. Segesvary grew up in a musical family in Budapest, Hungary, with her father performing the violin in the Hungarian State Orchestra and maintaining a full-time violin teaching practice. Her grandmother, in turn, was a piano teacher, while her mother was also a teacher.
Mrs. Segesvary began playing the violin at eight at the Budapest IX. Elementary School of Music and then completed a diploma in the Bela Bartok Secondary Music School of the Franz Liszt Academy of Music.

After several more years of further study under the tutelage of Ilona Halasz and Gisella Becsy-Nagy, who is the current first violinist of the Luxembourg Philharmonic Orchestra, she was awarded her violin teacher's diploma by the Franz Liszt Academy of Music. Her formative years also included instruction in the piano, viola, chorus, and orchestra.

During the next three years, she continued with post-graduate studies in the methodology of violin instruction at the Budapest Central Teaching Institute. This was followed by advanced training in Renaissance and Baroque music as well as the musical dance technique of the era. After several years of teaching the violin at the Music School of the Central District of Budapest, she was elected as a supervising teacher of the violin section of the school.

She then received an additional Certificate with Honors for teaching advanced violin methodology in the Intensive Extension Training of Teachers program administered under the Hungarian Ministry of Culture and Education. In the following years, she was a member as a mezzo soprano of the Budapest Bartok Choir, traveling in Europe to participate in choral festivals.

Mrs. Segesvary performed as first violinist with the Washington Symphony Orchestra, JCC Orchestra, Fairfax Symphony, Falls Church Chamber Orchestra, and Celebrated String Quartet. She has played with various chamber groups and as a soloist at numerous social events in the D.C. Metropolitan area, and has also performed at the White House with a chamber group from the Washington Symphony Orchestra. She continues to perform on request.