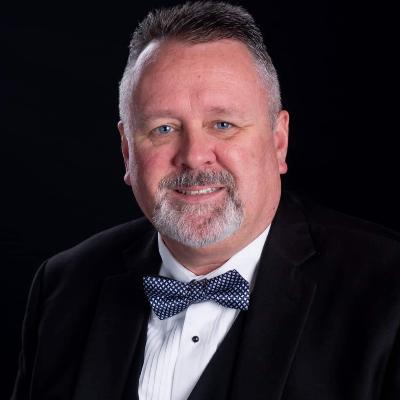 Get to know Blake Waters

Blake waters is a guitar and bass instructor originally from Sugar Land, Texas and has been playing bass and guitar professionally for over 40 years: 21 years of which he played with various U.S. Air Force Bands.

He retired from the premier band of the U.S. Air Force in Washington, D.C. in 2007 and continued his music career as a bandleader for Carnival's Cunard Cruise Line. He has lead bands on the Queen Mary 2, Queen Elizabeth, and Queen Victoria cruise ships.

He studied bass and music theory at the University of Anchorage Alaska, George Mason University in Fairfax, Virginia, The Musicians Institute in Hollywood, California, and with Jeff Berlin at The Players School Of Music in Clearwater, Florida.

Blake has performed extensively throughout the United States. Canada, Europe, the Azores Islands, Asia, Africa, and South America. He has perfprmed with Jeffrey Osbourne, Rita Coolidge, The Gatlin Brothers, The Big Apple Circus, and many popular,