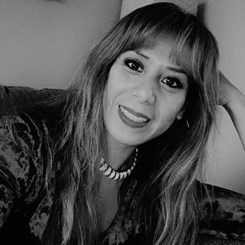 Get to know Charity Fondevilla

I studied Vocal Performance at New Jersey City University as well as studied classical Voice in New York City with Marni Nixon (who appeared in American television, dubbing the singing voices of film actresses in The King and I, West Side Story and My Fair Lady), and with Ken Tamplin, and Maryann Swerdfeger.

Since 2012, I have been teaching students from age 8 to adults, helping them overcome their challenges as well as teaching them how to perform on stage and connect with an audience. I start with technique, form and basic fundamentals for both Piano and Voice lessons and build on the foundations to prepare the student to perform in any musical situation they desire. It is my passion and joy to have the opportunity to share my knowledge of 30 years of performing. Helping students develop their musical talent is the most rewarding experience for me as a teacher.

I encourage all piano students to start with learning the basics and fundamentals of playing piano in a enjoyable and interesting way. With the student’s aspirations in mind, I customize and select the lesson studies that align with the student’s goals and level of understanding. My vocal teaching originates from the Bel Canto Technique, which allows a singer to sing effortlessly any style of music from top 40 current to R & B to Rock to Musical Theatre.

I believe practice makes perfect. Hard work, consistency, diligence and a positive attitude leads to results. Taking small steps or even a half hour of practice every day can build a strong foundation to becoming a confident performer. I encourage students to develop daily practice habits that will prepare them for any type of musical situation.