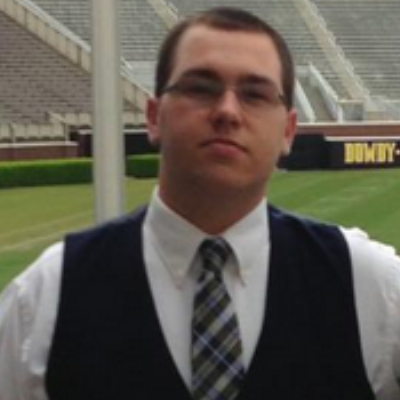 Corey Elrod
Music Teacher, Master
Location: Concord, NC
Speaks: English
Instructs: Clarinet, Drums, Flute, Saxophone
Education: BM Music Education - East Carolina University NC State Teaching Licensure - K-12 Music Education
Performance Experience: 15+ years of performing experience around the Carolinas in various large and small ensembles.
Teaching Experience: 10+ years of private student instruction. 7 years of public school band and general music teaching.
Teaching Philosophy: Playing an instrument is one of the most rewarding things a person can do! I believe that music is for everyone and I love having the opportunity to teach it to so many students in a fun and engaging way!
Learn from the best

Get to know Corey Elrod

Corey Elrod is a music teacher and percussionist currently living in Charlotte, North Carolina. After graduating from East Carolina University with a bachelor’s degree in Music Education in 2014, he spent time as a high school and middle school band director before relocating to Charlotte to teach elementary general music.

Beginning his percussion career in 2010, Corey would later become a member of the ECU Percussion Studio and ECU Marching Pirates’ drumline. While performing with ECU, he instructed numerous drumlines and front ensembles throughout the state while also maintaining a private percussion lesson studio. Upon graduation, Corey began his career as a music teacher. He has taught band and general music for the past seven years and has continued to perform with various music ensembles around North Carolina.

Founded in a small house back in 1952, Music & Arts has been owned and operated by the same family since the very beginning. Now the nation’s leading provider of music lessons, instrument rentals, repairs and sales, we’ve grown significantly over the years, but we’ve never lost sight of music’s impact on a personal level. From busy professional musicians gearing up for the next show to the parents of children learning about music for the very first time, we’re proud to serve all people with an interest in music. Stop in an see us at our Concord, NC location today! We can’t wait to connect you with everything you need to succeed in music!