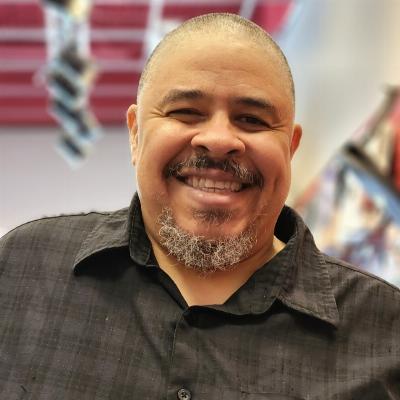 Get to know Deji Coker

Ayodeji Coker Jr., or Deji to friends, began his professional career at the age of seventeen as featured saxophonist on a radio commercial for Jenny-O while attending St. Olaf College in Northfield, Minnesota.

Recruited by renowned bassist, Reggie Workman, (John Coltrane, etc.) while performing at the national jazz competition sponsored by Downbeat magazine’s Music Fest and placing 1st with The Philistine Jazz Quartet, Deji was awarded a scholarship to attend the prestigious New School for Social Research in New York City. There under the tutelage of the noted saxophonist Greg Osby, Deji solidified his knowledge of jazz theory and improvisation.

Deji settled into the New York City scene. He taught saxophone and woodwinds at The Henry Street Settlement Abron’s Arts Center (New York City) and was later an owner and instructor at The Court Musicians of Brooklyn (Brooklyn, New York). He continued his music career as a performing artist and studio musician locally in the New York City area and around the world.

His teaching credits include teaching at the Gwinnett School of Music (Atlanta, Georgia area) and privately.

Deji’s television and film experience includes The Pat Bullard Show, Good Morning Atlanta, the soundtrack for the film “The Deli” with Milo Z, and The Dana Carvey Show on ABC (studio band member) as well as many others.

Deji Coker teaches at:
Lawrenceville GA
875 Lawrenceville Suwanee Rd Suite 570
Lawrenceville, GA 30043
(770) 277-7300
Get Directions More Details
Skip link
With over 150 locations nationwide, Music & Arts is the nation’s leading provider of private music lessons, band and orchestra instrument sales, rentals and repairs. Our remarkable story of growth has everything to do with the countless unshakable relationships we’ve formed with students, parents, music educators and musicians of every stripe in the local communities we serve across the country. Since opening our first store back in 1952, we’ve been owned and operated by the same family, and there’s nothing we do as a company without our values in mind. For whatever you’re doing in music, we’re here to help. We hope you visit our Lawrenceville location soon! Our friendly staff can’t wait to meet you.