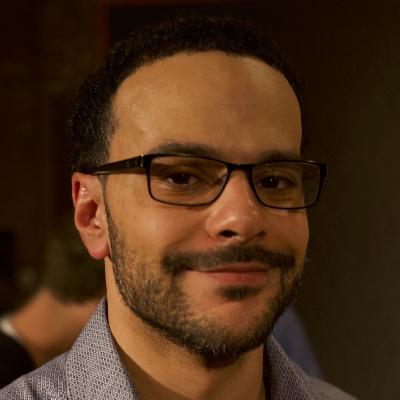 Get to know Jamal Jones

Jamal Jones is a Philadelphia native composer/arranger and trumpeter.

He is a University of the Arts alumni, where he received a Bachelor of Music with Honors in Trumpet Performance in 2005. Jones graduated amongst the top of the class, receiving The Director’s Award, The Mary Louise Beitzel Award for Excellence in Jazz Studies, and The Trumpet Performance Award. Following his undergraduate studies, Jones moved to Holland to pursue a M.M. in Jazz Composition. Arranging from The Conservatorium van Amsterdam to advance his style of composition and develop an international perspective of the art form. During his two-year stay in Amsterdam, he composed, performed, and recorded with original ensembles of his own (varying from jazz septet to full big-band) and for fellow<br>colleagues and jazz orchestras throughout the Netherlands. Throughout his career he has worked with The Amsterdam Jazz Orchestra, Orrin Evans and the Captain Black Big Band, Donnie McCaslin, John Swana, Archie Shepp, Ursula Rucker, and the BMI Jazz Orchestra, among other notable musicians. Performance venues such as Carnegie Hall, The Bimhuis, Kimmel Center, and The Amsterdam Blue Note have featured arrangements and compositions of Jones', as well.

He currently resides in his hometown of Philadelphia, PA where he leads his own original jazz orchestra. In March of 2018, Jones and his band began their monthly residency at the Upstairs London Grill/Paris Wine Bar Lounge in Center City Philadelphia, where they featured a performance on the first Tuesday of every month. They have also been a featured jazz orchestra at Rittenhouse Soundworks/Studio, The Cedar Park Jazz Festival, and The 13th Annual Lancaster Avenue Jazz Festival. He is also a Radio Host & DJ for WPEB 88.1 FM (also on W 236 CL 95.1 FM) where he airs his own weekly radio show, Jamal Jones and the Philadelphia Original Jazz Series.

To further the minds of upcoming musicians and assist the generations of music to come, Jones is heavily involved in Music Education. He is a Composition/Arranging Professor at The University of the Arts and Kutztown University. Jones has also been a Guest Lecturer for Drexel University's Jazz Orchestra and a Teaching Artist for the Kimmel Center’s Creative Music Program. In June of 2019, he established a partnership with The Painted Bride Arts Center and formed The Composers League of Philadelphia which provides artistic and educational support for his native city. Jones is also on the Committee for the Lancaster Avenue Jazz Festival for being its Masterclass Instructor and Co-Curator with The Producers' Guild.