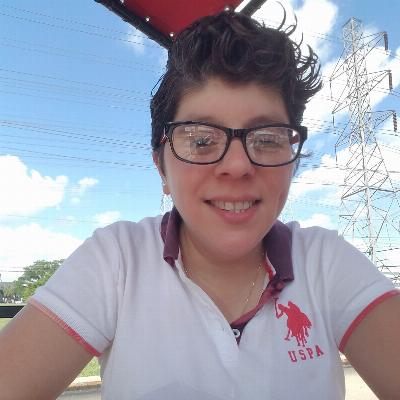 Jennifer Watts
Music Teacher, Expert
Location: Webster, TX
Speaks: English
Instructs: French Horn, Piano, Trombone, Trumpet
Education: Music Education AA
Performance Experience: I have performed with many Latin artists who have won Grammys "Kumbia Kingz," I have performed with my brass band "Greater Houston Brass Choir," plus many more bands/artists.
Teaching Experience: Been teaching for over 20 years in private catholic schools to homeschool and at Music&Arts, I also have a few personal music students I teach at the student home or online.
Teaching Philosphy: Trumpet/French Horn & Trombone, I will use any books they use in school band plus work on any Etudes or Solos they need for school. Piano Students, teaching them the name of the letters/the placement of their hands on the piano. My teaching aides include colors, name games, color pages, along with songs. Always encourage students to play any song they like. I will teach them at their level, speed with tempo, rhythm with some basic music theory. Songs at their level and our major/minor scales.
Learn from the best

Get to know Jennifer Watts

Since the age of eight, Jennifer has danced on stage with Tejano legendary band groups that have won several Grammy’s. As Jennifer got older she would soon be influenced by her other Cousin Pete Espinoza was the frontman of the legendary group La Fiebre. He was named Tejano Roots Hall of Fame Inductee and has won a few Grammy’s.

Jennifer has now put all her influences and playing into her Tejano trumpet playing. As Jennifer learns and studies more about trumpet playing. She soon started playing with a Cumbia band called “Kingz1” this band was started by original members of the legendary band called “Kumbia Kings.” Jennifer has performed at the Astros games with the Houston Pride Band, Hobby Center Theater,

Fanfair, and much more. Jenifer dreams of playing in bigger stages.  Jennifer is also part of a nonprofit organization Semper Fi Three where she plays Taps for Marine Corps Funeral Details.  Later in the years, Jennifer has had a vision of becoming a music educator.

The vision of becoming a music educator would be her destiny, Jennifer enrolled in college. She also started a music business called “Making Music,” as a freelance music teacher giving Trumpet, Piano, French Horn, Trombone lessons, and Music Theory. She dreams of one day opening her own studio soon to give music lessons in a studio she can call her own.

"The Greater Houston Brass Choir is a band made of two trumpets, one french horn, one trombone, and one tuba. I want to show that girls can do music also, that not only guys can play trumpet,” said Jennifer. I have goals, to open my own music studio where I give music lessons of all kinds to anyone who wants to learn rather you are 4 years old to 99 to bring Tejano music back and much more.

I hope I can teach, touch, and tell stories thru my music rather it’s in Spanish or English; rather it’s with words or just music notes.

I hope my music can motivate someone to give 100 percent to believe.