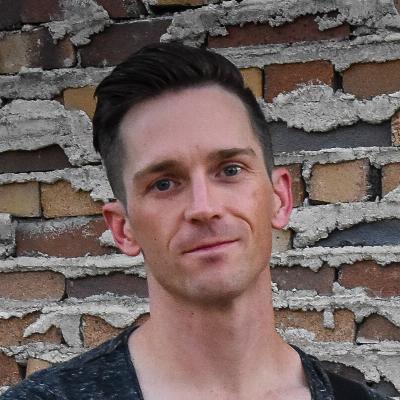 John Auker
Music Teacher, Master
Location: Columbus, OH
Speaks: English
Instructs: Banjo, Bass Guitar, Guitar, Mandolin, Ukulele
Education: B.M. Jazz/Contemporary Guitar Performance, Capital University, Cum Laude
Performance Experience: John is a seasoned performer with over 20 years performing experience. He has toured across the US and Canada, playing for thousands at festivals, theatres, outdoor amphitheaters, church services and worship concerts.
Teaching Experience: 16 years
Teaching Philosophy: Whether it's a new student brand new to guitar and music in general, or a player who has been playing for years, I aim to meet students where they are. Lessons are tailored to the specific needs and learning pace of each individual student while we build a foundation for future musical growth. I love to see each student learn something new or seeing new progress in their own playing so that they leave the lesson encouraged, energized, and motivated to learn more the next week.
Book Now

Get to know John Auker

A graduate of the Conservatory of Music of Capital University, John Auker is a versatile guitarist, bandleader, session musician and instructor based in Columbus, OH. John’s studio work is on radio and TV ads and albums: Noelle Shearer’s Speak to Me, Vesperteen’s self-titled, and Vineyard Music’s All The Earth Shall Worship: Live. He has performed with multiple GRAMMY nominees and winners throughout his career.

John is an integral member of The Reissues, house band for the venue, Thirty-One West. In their Platinum Album series, the band plays tribute to artists like Crosby, Stills & Nash, Neil Young, Tom Petty, and the Beatles.

Currently, John is lead guitarist for The Naz Church. He also played and wrote for their worship side project, Wake the Living’s River Hymnal.

Most recently, John was Gretsch's featured guitarist for the month of June 2021. As a teacher, John seeks to instruct, influence, and inspire future generations of players and music makers.