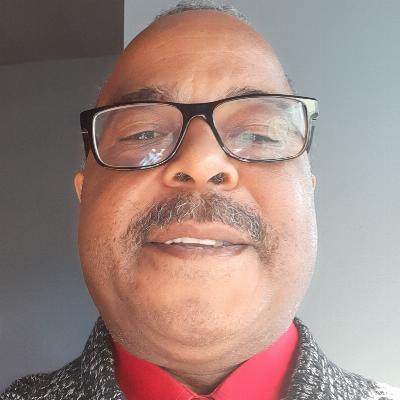 Get to know Mario Hunter

Well hello!! My name is Mario Hunter and I am a Master Teacher of Saxophone, Clarinet and Flute at Music and Arts. Thank you for your interest in my Studio. I really appreciate you taking the time to check me out!

If you are interested in hearing me play most of the instruments that I teach at Music and Arts, please feel free to visit my free listening soundcloud page by following this link:

I began my musical journey at the age of 8 when my parents introduced me to the Clarinet and initiated Private Lessons. Here are some bits and pieces of my life that followed as a result:

An award winning Woodwind Performer and seasoned Music Educator, Mario Hunter is known internationally as a top-notched professional musician with over 35 years of experience. Many of his students have gone on to become fine musicians, scholars and/or highly creative, well-disciplined professionals in non-music related fields.

Born and raised primarily in Greensboro, NC and musically matured in the Baltimore, Maryland/ Washington, DC area, Hunter has taught and led Concert, Marching and Jazz and Pep Bands on the Elementary, Middle School, High School and Collegiate levels in many cities across the US. He has performed as a Clarinetist with the late Ray Charles in the Ray Charles Orchestra (1993 at the Washington DC Sheraton Hotel).

As a woodwind doubler (clarinet, saxophones and flute) he has performed live with Aretha Franklin in the Aretha Franklin Orchestra (2012 at the Durham, NC Performing Arts Center), Jerry Butler (2013 Hit Parade Hall of Fame induction and performance) and Gene "The Duke of Earl" Chandler during the 2014 70's Soul Train Tour in Winston-Salem, NC (Reynolds Auditorium). Over the span of his career Hunter has also performed live with The North Carolina Symphony and Opera Orchestras, The Coasters, Charo, Anna Gesteyer, Tommy Tune, Nat Jones and Isaiah "Ike" Oakley from the James Brown and the JBs' bands, as well as Samuel Ramey of The Metropolitan Opera, to name a few.

Known in Las Vegas, Nevada (mid 2000's) as Strollin' Saxy, Mario was frequently seen and heard performing on and off the Las Vegas Strip and made appearances at famous venues such as The Mirage Hotel and Casino and The MGM Grand. While living in Las Vegas he performed during Grand Opening Celebrations alongside of performers from the famed Cirque Du Soleil.

Hunter holds a Master’s Degree in Performance from the University of Michigan, Ann Arbor School of Music (1982) where he studied privately with David Shifrin, and a Bachelor’s Degree and High School Diploma from the UNC School of the Arts. He has attended The Governor’s School of North Carolina where he was the orchestra’s Principal Clarinetist as well as 2nd Vice President of the entire student body. He has attended the Eastern Music Festival and The National Music Camp at Interlochen.

Hunter has toured and performed internationally; as far away as Mykonos, Greece and Kusadashi, Turkey while working as a Showband Musician within the Cruise Line Industry. He has studied saxophone with Gary Louie (Peabody Conservatory) and Joe Briscuso (Towson University) and flute with the late Dr. Douglas Smith (University of Maryland, Eastern Shore where he was often spotlighted as a sax and clarinet soloist in the UMES Jazz Band.

Mario is the Founder, Music Director/Personnel Manager and featured Multi-Woodwind performer with his group "Laid Back Jazz Ensemble". He continues to work as an on-call Freelancer with Musical Theatre productions, Symphony Orchestras and Stage Bands throughout the U.S.A.

Hunter has taught on every academic level, including Colleges, throughout the U.S.. He enjoys being a member in good standing of The American Federation of Musicians. As a Recording Industry Professional, he is signed with Centaur Records of Baton Rouge, Louisiana. His most recent CD on the Centaur label, "Powerful Jazz Winds" was released in 2017 and is distributed by Naxos, as well as several other International Distributors. Mr. Hunter is a Voting Member of The Recording Academy (Grammys/NARAS), Chicago Chapter.