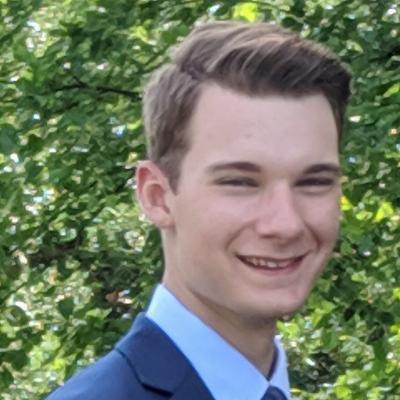 Noah Koningisor
Music Teacher, Professional
Location: Orchard Park, NY
Speaks: English
Instructs: Guitar
Education: Currently working towards a Bachelor's Degree in Mechanical Engineering at the University at Buffalo
Performance Experience: Highly experienced in public performance, especially in the WNY area. Noah has been professionally playing/performing at musical venues/festivals for over three years, with notable performance highlights including: East Aurora Music Fest, Springville Art Crawl, and many more.
Teaching Experience: One year's experience in teaching localized, private acoustic/electric guitar lessons
Teaching Philosophy: Noah's lessons are conducted based on a musical passion-oriented teaching philosophy. Being a self-taught guitar player, Noah teaches others similar to the way he taught himself: through formulating music-related goals (ie. music genres/songs that he wanted to play) and working towards them one by one, gradually accumulating new techniques/skills along the way as each goal is met. This method can be applied to all types of students based on their personal music interests.
Book Now

Get to know Noah Koningisor

Noah Koningisor is a musical cover artist that has performed at many venues in Western New York. Currently 19 years old, Noah has been playing live shows for over two years. With a passion for singing and playing guitar since childhood, Noah has become a dedicated public performer of classic acoustic folk and country music. Timeless hits from artists like Jim Croce, Gordon Lightfoot, and John Denver motivated Noah to recreate their classic songs and share them with the public.

Noah is  teaching at the professional level at Music and Arts and has one year's experience teaching localized, private guitar lessons.