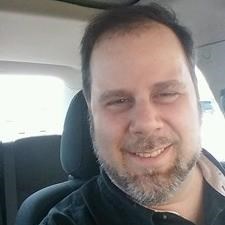 Get to know Paul Lingerman

Paul Lingerman has been a successful and highly sought after music instructor in the Philadelphia area since the 1990s.  Education: Bachelors of Guitar Performance from The Universoty Of The Arts in Philadelphia Pa.  Paul teaches 7 instruments at all levels and in many styles.  Those instruments are guitar, bass, ukulele, banjo, mandolin and piano.  Styles include rock/classic rock, jazz, heavy metal, bluegrass, country, pop, punk, indie, classical, etc.  His teaching style is open and friendly and catered to each individual student.  In other words, Paul does not force someone who hates classical music to learn classical music, rather, he uses songs or techniques or exercises that is best needed for that particular student to help them reach their goals.  Whether it's someone who wants to make a career out of music or someone who just wants to play for their own enjoyment.  Paul has been playing music professionally since the 90s and has had many exciting accomplishments playing from little cafes to major arenas.  He has opened for Twisted Sister, Fuel, Yngwie Malmsteen, Michelle Branch, LA Guns, Judas Priest and Savatage.  Also, Paul has written for and played music on several independant albums and videos including Chain Reaction 3, Drexel University Presents The Civil War As It Came To Philadelphia, and Alexander Weber's Better Days.
Paul Lingerman teaches at:
Horsham PA
490 Easton Rd
Horsham, PA 19044
(215) 443-7880
Get Directions More Details
Skip link