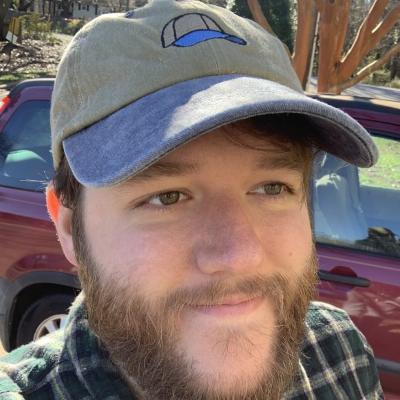 Get to know Sean Mcclain

Having grown up in a musical family, Sean was surrounded by and interested in music at an early age.

He began his musical journey in the church, accompanied by his organist mother. Later he picked up the trombone in middle school orchestra, and it was not until high school that he found his passion for percussion.

He began taking lessons with Mike McKee of Delta Rae and Dr. Paul Garcia at NCSU, where he performed in jazz bands throughout college.  Since then, Sean has been credited with several recordings and has played in venues across the state.

Aside from performing and recording, he enjoys teaching and is glad to start a musical journey with you today!

Sean Mcclain teaches at:
Triangle Town NC
5950 Poyner Village Pkwy Suite F101
Raleigh, NC 27616
(919) 872-1601
Get Directions More Details
Skip link
With over 150 locations nationwide, Music & Arts is the nation’s leading provider of private music lessons, band and orchestra instrument sales, rentals and repairs. Our remarkable story of growth has everything to do with the countless unshakable relationships we’ve formed with students, parents, music educators and musicians of every stripe in the local communities we serve across the country. Since opening our first store back in 1952, we’ve been owned and operated by the same family, and there’s nothing we do as a company without our values in mind. For whatever you’re doing in music, we’re here to help. We hope you visit our Raleigh location soon! Our friendly staff can’t wait to meet you.