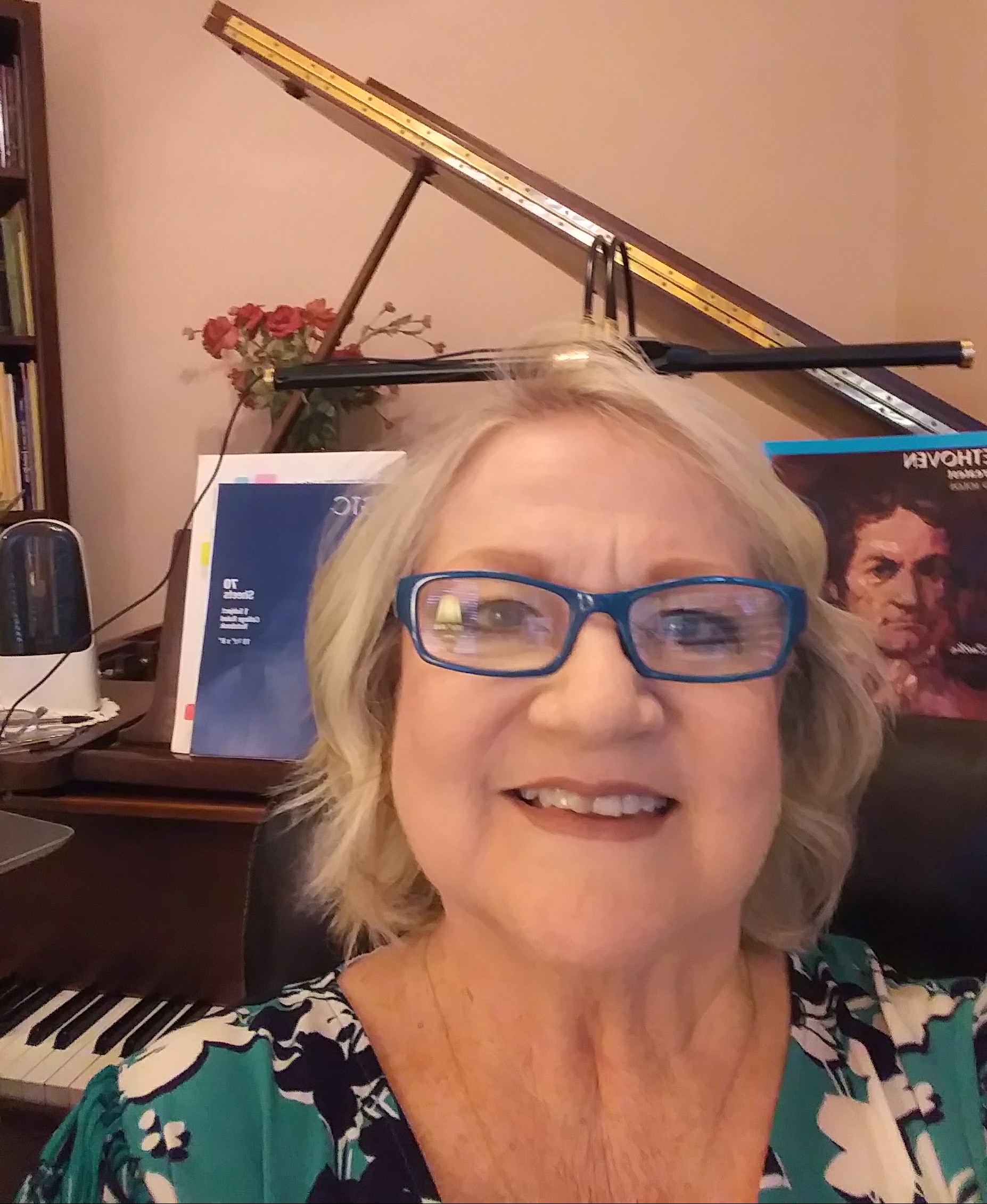 Sharon Tankersley
Music Teacher, Master
Location: Round Rock, TX
Speaks: English
Instructs: Piano, Voice
Education: University of North Texas - Performance Voice; Concentration in Piano
Performance Experience: Classical, Broadway, and Church as soloist as well as being an accomplished accompanist on the piano.
Teaching Experience: 45+ years
Teaching Philosophy: To provide a solid technique and foundation in music while fostering the love and delight of music that each student can enjoy for a lifetime.
Book Now

Get to know Sharon Tankersley

Piano and Voice Instructor, Sharon Tankersley, is known for her decades of success in producing artists/musicians of all ages in both Piano and Voice.  She was born and raised in Texas where she began singing and playing piano at a very young age.

Classical, church and worship, Broadway and Pop were heavy influencers in her personal career.  She was a Vocal Performance Major, with a Piano Concentration while studying at the University of North Texas.  Her primary instructors were Harold Heiberg, Graz, Austria and Mary Makower of The Royal Academy of London.  She has sung with Houton Grand Opera, soloist at Blossom Music Festival with the Cleveland Orchestra and has many recitals and other performances personally from which to draw..

Sharon's expertise is in working with beginning and intermediate students in piano.  Regarding Voice, she is a seasoned technician for young singers, high school singers in preparation for both UIL contest and, also Show Choirs or Pop Music.  She is quite capable of coaching college vocalists in foreign languages including Italian, French, German, and Latin.

Mrs. Tankersley enjoys the process of putting the finishing touches on a great performance and helping students prepare for successful auditions.  Well-versed in the art of performing herself, Sharon now devotes her time to the nurturing of this current generation of budding musicians.