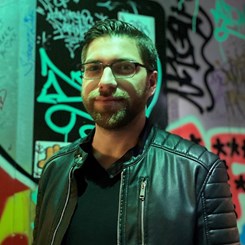 Get to know Stephen Renko

Steve Renko is an award-winning drummer, percussionist and educator. After his first professional engagements at the age of 9, Steve became a widely sought sideman with Jazz, Blues, Rock and Funk outfits in his hometown Cleveland, Ohio. Holding a bachelor’s degree from the New School for Jazz in New York City, he has studied with world renowned musicians like Bobby Sanabria, Matt Wilson, Jamey Haddad and The Clayton Brothers. He has taught private and group lessons for Jazz at Lincoln Center’s Middle Schools and High School Jazz Academies, as well as for WeBop, an early childhood education class revolving around jazz performance practice. A regular in the recording studio and on stage, Steve has toured the country and worked with acclaimed songwriters and producers in New York City and Cleveland, Ohio.