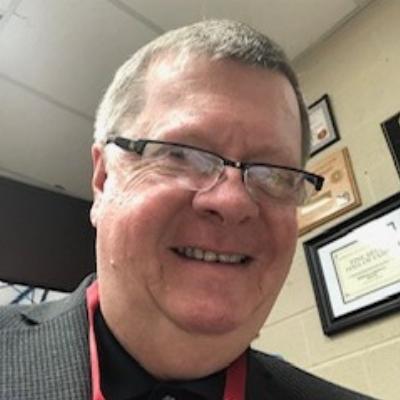 Get to know Timothy Thompson

Timothy Thompson has been a passionate percussionist for over 45 years. He is a third-generation drummer, a tradition that started with his Grandfather, Gifford W. Thompson Sr., who played in Jazz and Dance Bands in Philadelphia in the 1920's on a Barry Collapsible Drum Kit.

The core of Mr. Thompson’s teaching and performance began in the 1980s while attending Penn State University and Houghton College. He also began arranging/teaching High School level competitive drumlines during this period.

On the opposite of the percussion spectrum, Mr. Thompson’s rudimental drive and passion for drumline excellence came from his years of studying with Gary Lenderman, the legendary DCI Drum Corps and High School Percussion Director, from 1978 to 1983.

This unique variety of experience served as a catalyst for performance as a drummer for Penn State University Jazz Band and as a professional drummer for local rock bands from 1981 to 1986.  While performing with the DCA Senior Drum Corps "Westshoremen,” Tim began a successful teaching career spanning over ten years in the 1980s as a High School Percussion instructor and composer for multiple award-winning High Schools in Central Pennsylvania.

Mr. Thompson has over 35 years of experience and is in high demand for private student instruction with currently 55+ students in Western New York at his Hamburg Percussion studio and as a Master Music Instructor for Music & Arts Orchard Park.

He is a member of ECMEA/NYSSMA and currently supports and prepares multiple students for county and state competitions. He also consults and mentor’s other music teachers nationally through live video webinars on MeetHook.

He is honored to be a Weekly Judge for International Hit Like a Girl Contest for 2019 and 2020, and serves as a Talent Coordinator/Judge for all weekly entries for 2021. He also serves on the Percussion Arts Society Diversity Alliance Committee which coordinates efforts to develop and foster initiatives aimed at expanding PAS membership diversity and enhancing community outreach.

*Community host of Carolina Crown while competing at DCI Drums Along the Waterfront every August.  Generates financial support through local businesses and promotes student involvement with drum corps activities.

*Promotion of local drum clinics and workshops for students through the Percussive Arts Society and other local and national promoters.

Through Mr. Thompson’s philanthropy and community support of student development through the percussive arts, he is a distinguished member or recipient of the following memberships/awards:

Mr. Thompson resides in the Buffalo/Niagara Region of New York and is an independent consultant for Nation Stage/Production Companies and develops social media and marketing strategies for the Live Music/Production Industry.  Mr. Thompson also serves as a consultant and clinician for local School District Music Departments and has been featured as a contributor for the Sabian Education Network.