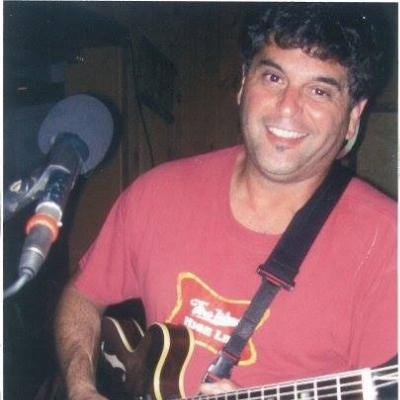 Get to know Tommy Campo

Thomas Campo is an accomplished guitar player, singer and music teacher, who has been performing at various venues on Long Island and the Tri-State area since 1980. He is also a performer and manager of Zanti Misfits aka Cravin band (a local quartet which performs a wide variety of music on Long Island). Tom is currently teaching guitar, electric bass and ukelele privately and at the Music & Arts Center at the Stony Brook, Patchogue and Riverhead N.Y locations.

Tom began his musical journey back in 1979 while learning under the tutelage of Mr. Peter Rogine, Department Head of the Guitar Faculty at Five Towns College. He continued his musical course of study in 2001 with renowned guitarist, Mr. Bob Gallo whose credits included national session artist for the Bill Cosby Show and A Different World. In 1988 Tom began his professional musical career as a bandleader and solo artist. His teaching experience dates back to 1994 while working at the Long Island Drum & Guitar Center in Medford, N.Y. A native of Long Island, Tom graduated from Five Towns College with an Associates Degree in Applied Science.

He currently resides in Riverhead, N.Y

I will help students Develop Techniques For

Song Reharmonization, Chord Substitutions (Triad Polytonalities), and Chord Melody. Use of customized minus one rhythm tracks tailored made for each students lesson .

Tommy Campo teaches at:
Rocky Point NY
346 Route 25A Suite 90
Rocky Point, NY 11778
(631) 821-3260
Get Directions More Details
Patchogue NY
499 Sunrise Hwy Suite 51
Patchogue, NY 11772
(631) 289-3805
Get Directions More Details
Skip link
With over 150 locations nationwide, Music & Arts is the nation’s leading provider of private music lessons, band and orchestra instrument sales, rentals and repairs. Our remarkable story of growth has everything to do with the countless unshakable relationships we’ve formed with students, parents, music educators and musicians of every stripe in the local communities we serve across the country. Since opening our first store back in 1952, we’ve been owned and operated by the same family, and there’s nothing we do as a company without our values in mind. For whatever you’re doing in music, we’re here to help. We hope you visit our Patchogue location soon! Our friendly staff can’t wait to meet you.