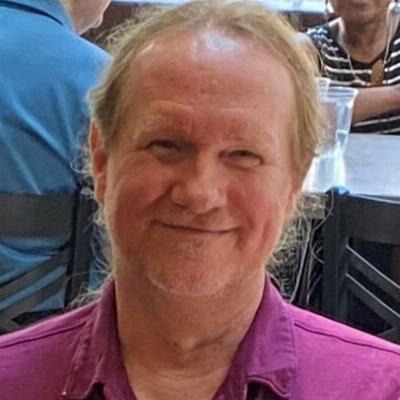 Vaughan
Music Teacher, Professional
Location: Lawrence Township, NJ
Speaks: English
Instructs: Bass Guitar, Guitar
Education: University of North Carolina at Greensboro, B.A.
Performance Experience: Most recent: with the band, Dream of Maya, at West Windsor Arts for the premiere of Croquet, Vaughan's musical reflection on Lewis Carroll's classic, Alice's Adventures in Wonderland. Vaughan also played during an international, live event for The Lewis Carroll Society of North America. Other bands: Hall of Mirrors, What Where When, Eight Eyes.
Teaching Experience: 15 years' cumulative experience teaching guitar and bass to classes and individuals. Vaughan has taught previously at The Music Box, Farrington's Music, Creative Music, and the Lawrence (Ks.) Arts Center.
Teaching Philosophy: Patience is a virtue. One should be mindful of the fact that every teacher was once a student. I will always encourage my students to ask questions and will go over the material and concepts as many times as necessary. Music is an esoteric discipline. It is important for students to completely understand formative concepts before proceeding to the next level. I will never cover these fundamentals in a cursory manner. I will always take the time to elaborate on and clarify any subjects.
Book Now

Get to know Vaughan

Vaughan recently played electric guitar on Re Imaginos by Albert Bouchard, original songwriter / drummer / vocalist for Blue Öyster Cult. Two weeks after its release, the album placed at #97 on Billboard's Top Current Album Sales chart; it was reviewed in the definitive publication covering progressive rock, Prog Magazine; and it was selected as the #17 album of 2020 by Wire Magazine. Vaughan also appears on Bouchard's second volume of the Imaginos saga, Imaginos II: Bombs Over Germany (Minus Zero and Counting).

He was the stage guitarist for acclaimed songwriter, Steve Fields; is the founder of progressive rock group, Dream of Maya; former member of the bands, Hall of Mirrors (cofounder), Joss (cofounder), Eight Eyes, What Where When (cofounder), and Tomorrow Midnight (cofounder).

Vaughan has also collaborated with:

Vaughan teaches at:
Princeton NJ
3375 US Hwy 1 Suite 150
Lawrence Township, NJ 08648
(609) 987-9595
Get Directions More Details
Skip link
With over 150 locations nationwide, Music & Arts is the nation’s leading provider of private music lessons, band and orchestra instrument sales, rentals and repairs. Our remarkable story of growth has everything to do with the countless unshakable relationships we’ve formed with students, parents, music educators and musicians of every stripe in the local communities we serve across the country. Since opening our first store back in 1952, we’ve been owned and operated by the same family, and there’s nothing we do as a company without our values in mind. For whatever you’re doing in music, we’re here to help. We hope you visit our Lawrence Township location soon! Our friendly staff can’t wait to meet you.