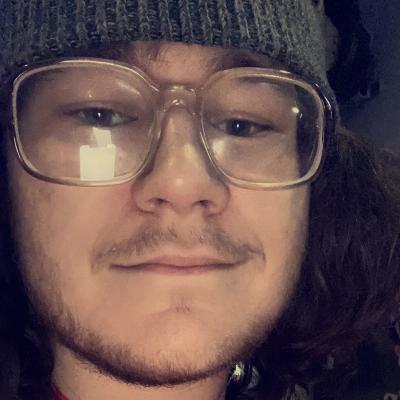 Get to know John Blinsky

John Blinsky is a freelance musician, beatmaker and audio engineer. Hailing from Boardman, OH, John had his early passion for music nurtured and cultivated at Boardman High School. Under the direction of Tom Ruggieri and guidance of Mike Niro, he started working as a musician professionally at age 16,  and made numerous prestigious high school groups on trombone and tuba. John currently studies Music Recording at Youngstown State University.

Since 2018, John has had the opportunity to play with a variety of groups in Ohio and Pennsylvania, some of which include: The Stephen Philip Harvey Jazz Orchestra, The First Class Big Band, Guys Without Ties, Largemouth Brass Band, and is a member of The Sneaky Heat Missiles, among many others.

With one foot planted firmly in musical tradition (i.e. Jazz, Classical), John also embraces newer sounds and traditions in Hip-Hop. John is the DJ and producer for Grizzzly!!!, Curli, and many others.

John Blinsky works at:
Canfield OH
4242 Boardman-Canfield Rd
Canfield, OH 44406
(330) 533-3600
Get Directions More Details
Skip link
With over 150 locations nationwide, Music & Arts is the nation’s leading provider of private music lessons, band and orchestra instrument sales, rentals and repairs. Our remarkable story of growth has everything to do with the countless unshakable relationships we’ve formed with students, parents, music educators and musicians of every stripe in the local communities we serve across the country. Since opening our first store back in 1952, we’ve been owned and operated by the same family, and there’s nothing we do as a company without our values in mind. For whatever you’re doing in music, we’re here to help. We hope you visit our Canfield location soon! Our friendly staff can’t wait to meet you.