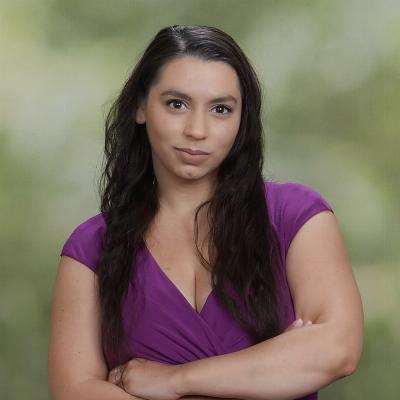 Get to know Amanda Merrick

Amanda Merrick is a musician in the Houston area and regularly performs in various productions. Her love of music began at an early age when her grandmother started to give her piano lessons and noticed her ability to sing as well. She participated in the children's and youth choir programs at her church throughout her schooling and entered the school band program at age eleven. Since then, she has obtained her Associate of Arts Degree in Music from Lone Star College-Kingwood where she studied flute, voice, and piano. Starting in the fall of 2022, Ms. Merrick will continue her studies at Sam Houston State University and pursue a Bachelor of Musical Arts degree. As a vocalist, she has extensive experience as a solo artist, choral member, and as a cast member in opera and musical theatre productions. As a flutist, Ms. Merrick has extensive experience in solo, chamber, concert band, and orchestral music. She has even had the privilege of playing first flute with the True North Symphony Orchestra for concerts at Carnegie Hall in New York City and the Kennedy Center in Washington DC. Ms. Merrick also plays flute and piccolo with the Lake Houston Chamber Singers Orchestra. She is also an active member of her church’s music ministry where she plays flute, piccolo, and pennywhistle in the orchestra. Ms. Merrick has been teaching since 2006 and mainly takes a classical approach to teaching but also encourages her students to explore different musical styles. In addition to private lessons, she is also in demand as a clinician and works with flute sections in various school band programs. Ms. Merrick is a member of the Texas Music Educators Association and is also of the approved private lesson teachers lists for both Humble and New Caney Independent School Districts.

Amanda Merrick teaches at:
The Woodlands TX
19075 Interstate 45 S Suite 111H
Shenandoah, TX 77385
(936) 273-3602
Get Directions More Details
Skip link
With over 150 locations nationwide, Music & Arts is the nation’s leading provider of private music lessons, band and orchestra instrument sales, rentals and repairs. Our remarkable story of growth has everything to do with the countless unshakable relationships we’ve formed with students, parents, music educators and musicians of every stripe in the local communities we serve across the country. Since opening our first store back in 1952, we’ve been owned and operated by the same family, and there’s nothing we do as a company without our values in mind. For whatever you’re doing in music, we’re here to help. We hope you visit our Shenandoah location soon! Our friendly staff can’t wait to meet you.