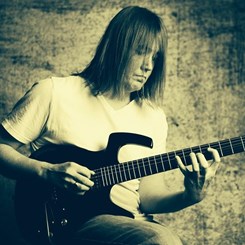 Get to know Glenn Riley

Guitarist Glenn Riley is inspired musically by everything and anything, and has been playing and teaching for nearly three decades. He graduated from Musicians Institute Hollywood California in 1991.

Glenn has been teaching with Music & Arts since 2014.

While performing live regularly, doing session work and guitar clinics, he released a self-titled E.P. In 2013.