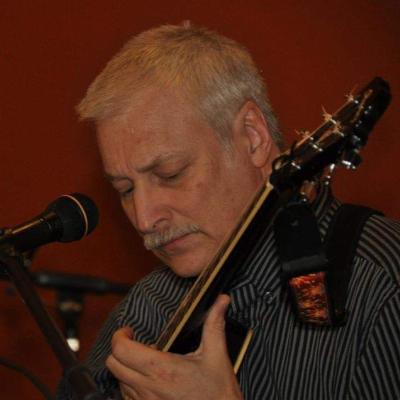 Jeffrey Crouse
Music Teacher, Master
Location: Canfield, OH
Speaks: English
Instructs: Bass Guitar, Guitar
Education: Youngstown State University
Performance Experience: Performs professionally in large and small group setting on guitar and vocals. Currently music coordinator for the First Unitarian Church in Youngstown, Ohio.
Teaching Experience: in excess of 35 years teaching student from all musical backgrounds, age, and ability levels.
Teaching Philosophy: I believe in making music right away. We'll learn a chord or two pretty quickly and get strumming. The why and how of playing the instrument will come with time. The more you play the more you learn.
Book Now

Get to know Jeffrey Crouse

Jeff Crouse started playing guitar during the folk/rock period of the late 1960’s and early 70’s. His early influences were The Beatles, Bod Dylan, James Taylor, Cat Stevens, and countless other singer songwriters.

Jeff’s love for the guitar quickly developed into a desire to teach people to enjoy the instrument as much as he has. This year Jeff is celebrating his 50th year of teaching!

Jeff has played in many different bands through the years, and has written and performed his own compositions, including his 2018 Album,  Mirrors, Doors, and Deeper Waters.

Many of Jeff’s students have enjoyed their own success stories with the guitar through the years, and he continues to be a sought after instructor and performer in the area.