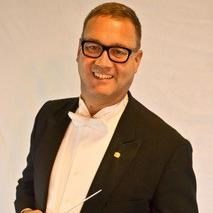 Get to know Jeff Phillips

Dr. Jeffrey T. Phillips is in his 16th year as adjunct instructor of trombone and commercial brass at Belmont University and performs with the Belmont Faculty Brass Quintet.  He retired from secondary school teaching after 34 years, 29 as the Director of Bands at Hendersonville High School. Under his direction the bands performed at five state and two national conventions, and numerous other festivals and events throughout the United States, Canada, and the United Kingdom. Phillips has conducted clinics throughout Tennessee, Alabama, Florida, Kentucky, North Carolina and Mississippi for students in middle school through college and is active as an adjudicator for music groups of all genres throughout the Southeast.

He has served as President of the Middle Tennessee School Band and Orchestra Association, and the Tennessee Music Education Association.  Phillips served two years as the National Treasurer for the American School Band Directors Association and was elected to the position of President-elect for the ASBDA and served in the office of President of this organization for the 2008-2009 year. Phillips is also a Jupiter Band Instrument Performing Artist and Educational Clinician and performs on Jupiter and XO trombones and euphoniums exclusively.