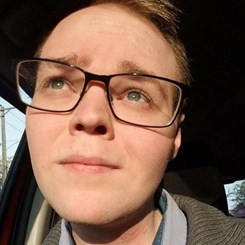 Get to know Jerard Mower

Jerard M. Mower is originally from Tacoma, Wash. where he began studying music at a young age. He has studied jazz and classical saxophone under the direction of Kareem Kandi and Erik Steighner He has also studied jazz improvisation under Kareem Kandi and David Deacon-Joyner. In his 20 years of playing experience, he has performed for a number of global figures including Jeff Coffin, Desmond Tutu, Governor Christine Gregoire, and Seattle Seahawks coach, Pete Carroll.

Jerard has performed at dozens of venues in the Pacific Northwest, including Jazzbones, Engine House No. 9, the late Sax on 6th, Odd Otter Brewery, Uncle Thurms, Life Center Church, Cannon Beach Christian Conference Center, and the Rialto theater in downtown Tacoma. He has also toured with the Pacific Lutheran University (PLU) Jazz Ensemble to Spain, Portugal, and Australia. Graduating from PLU in 2017, he earned a Bachelor of Music and Arts with a Minor in Religious Studies writing a dissertation entitled  The Emotionalism Movement in the Southern Baptist Church as seen by Thomas A. Dorsey.