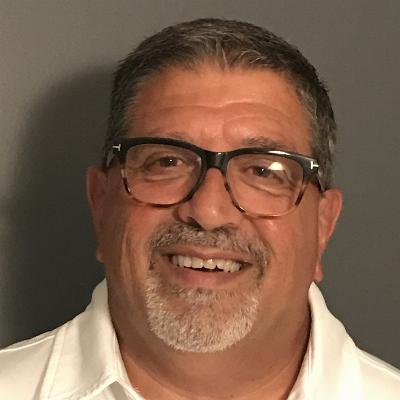 Get to know Robert Rollo

Robert A. Rollo resides in Poland Ohio with his wife Paula and has 3 daughters Lauren, Jamie and Emily. He graduated from Warren G. Harding High School in 1978. He received his Bachelor of Music in Music Education and Jazz Studies in 1984 with trumpet as his major instrument. He also received his Masters in Music Education in 1998. Further studies include certification in Effective Teaching, Character Education and Positive Discipline from the Communicate Institute of Training and Development.

After receiving his State of Ohio Teaching Certificate he became a member of OMEA (Ohio Music Educators Association) and began his teaching career in East Liverpool Ohio( 1985-2006). For 21 years he was responsible with over 200 students in grades 6-8 band, Jazz Ensemble, General Music 6-8, co-sponsor of activities with the Tri-M Music Honorary and was Assistant Band Director to the High School Marching Band. During his tenure, many of his students participated in Solo and Ensemble Adjudicated Events receiving many Excellent and Superior ratings and also participated in Large Group Adjudicated Events also receiving Excellent and Superior ratings. Many of his bands also participated in Music in the Parks Festivals at Cedar Point receiving many awards. His Jazz Ensembles also competed in Competitions as well as perform for many community functions and Jazz Festivals. From 2006-2016 he took a job in his home town of Warren Ohio and taught band 5-8 and general music at Willard K-8 as well as assist with the Warren G. Harding Marching Band. His last 4 years he took a position as Assistant High School Band Director and team taught Concert I, Concert II, Symphonic Band Jazz Ensemble I, Jazz Ensemble II and beginning piano class. Many successful performances were achieved throughout his tenure with this highly acclaimed music program.

In 1999 he was awarded the Martha Holden Jennings Foundation Scholarship where he attended many lectures on educational leadership. Performing on trumpet, Mr. Rollo has played with the many ensembles during his college career including Concert Band, Wind Ensemble, Jazz Ensemble II, Jazz Ensemble I, YSU Marching Pride, Brass Ensemble and Orchestra. Professionally with the Warren Concert Band, Youngstown Symphonic Band and Youngstown Community Band.

As a private instructor since 1980, Mr. Rollo began teaching at Biviano Music, Motter's Music, his own private studio and currently at Music and Arts. Many of his students have achieved superior and excellent ratings at Solo and Ensemble Adjudicated Events. Many of his students have also continued their trumpet performances by majoring in Music in College and achieving success as professional musicians and music educators. Currently Mr. Rollo works 2 days a week in the Canfield Local Schools as trumpet instructor for grades 5-12 and will occasionally work other brass sectionals as needed.

Mr. Rollo works from the premise that all students can learn and works many strategies with his students to achieve success on their respective instrument and in their own journey through school and life.