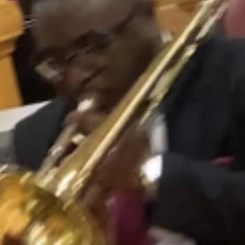 Have you'll met Chris?? If not, heres a few things about him!

Chris is a South Carolina native, has been a musician for more than 20 years and is a seasoned guitar player. His love of the six-stringed instrument began as a young teenager and has continued to evolve in many ways over the years. He has jammed on a variety of stages and has been the lead guitarist and songwriter for a local band for the past seven years. A few years ago, he acted on a dream that had been growing for a while and took a step in the direction of repair and building guitars on his own.

He received his Repair Certification in 2018 from Lehtela Guitar Craft in Concord, NC. Under the instruction of one of the most recognized Luthiers in the Charlotte-Metro area, Ari Lehtela, Chris completed the following courses: CLASS I (intro) & CLASS II, Basic Setups CLASS III, Fret-level, crown & polish CLASS IV, Nut & Saddle Making CLASS V, Re-Fretting CLASS VI and Guitar Wiring. This certification has given him the ability and experience needed to tackle almost any challenge, whether great or small, when it comes to guitar repair. He is also a luthier-in-training and is finishing up his first build; an arch-top hand-carved acoustic-electric guitar.

Now with Chris... he doesn't work in store but he stops generally 1-2 times a week to pick up guitars, banjos, ukuleles etc that we take in store. He has done an amazing job since I've met him and its been a pleasure working with him. If you need your instrument set up or some more extensive work done... all you have to do is bring it by during store hours. We will write up a repair ticket and get it to Chris. The process is simple and we look forward towards seeing you!