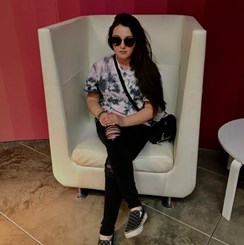 Ariana Grande-Butera is an American singer, songwriter and actress. At a young age, she wanted to pursue a music career despite her concentration on theater. When she first went to Los Angeles to meet her managers, she expressed interest in recording an R&B album. She began her career in 2008 in the Broadway musical “13” as the supporting role of cheerleader Charlotte for which she won a National Youth Theatre Association Award.
Ariana made her first musical appearance on the soundtrack of the Nickelodeon TV show Victorious. Music executive Monte Lipman signed her to Republic Records in 2011 after viewing one of her YouTube videos. In 2013, she released her debut album “Yours Truly,” which was influenced 1990s R&B and was among the top listed in the Billboard 200.
Ariana’s accolades include a Grammy Award, a BRIT Award, three American Music Awards, three MTV Europe Music Awards, and two MTV Video Music Awards. Most notably, she has supported various charities and amassed numerous followers on social media—she was the most followed woman on Instagram in  February 2019. Ariana has been branded as one of the 100 most influential people by Time magazine and was named Woman of the Year by Billboard in 2018.
Although the Music Industry was built by men and women together, too often the contributions of women were unsung and unnoticed. We celebrate Women’s History Month because the love, leadership, courage and strength of the women who built our industry is just as vital as that of the men whose names we know so well.   As part of our DIG’s initiative (Diversity & Inclusion at Guitar Center), we celebrate Women’s History Month of Music – a time to reflect and recognize the accomplishments of women who have blazed trails, changed musical history and who continue to inspire.
See All Blog Entries