Repairs
Get to Know Our Teachers Vol. 2! 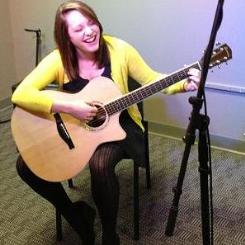 In this volume of 'Get to Know Our Teachers', we will be interviewing one of our piano teachers: 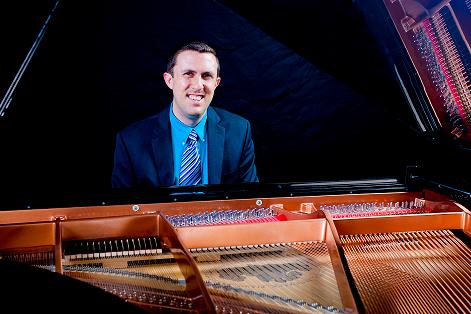 Why did you pick your core instrument?

I play piano and keyboards (also known as synthesizers).  My folks had an old electric organ in our TV room which I used to mess around with as a toddler.  I guess I showed enough promise that they decided to invest in an upright piano and formal lessons.  I've always been drawn to the instrument, not just the clarity and beauty of its sound, but also as a result of my fortunate early exposure to numerous pianistic masters and musical geniuses (a particularly memorable experience was seeing Lyle Mays - of the Pat Metheny Group - live, when I was eleven).  Also, the piano is the foundation of all instruments in the Western hemisphere, the most complete and self-sufficient tool for musical expression in the world.  Regarding synthesizers, while they are quite young instruments by comparison, they have infinitely expanded the sonic and creative possibilities for practitioners of every musical genre.

Who was your biggest influence growing up when it came to music? Why?

My first huge influence and musical hero, starting in my mid-teens, was jazz pianist Chick Corea.  Everything about him as an artist - his distinctive and virtuosic playing, his incredibly sophisticated yet accessible compositions, his wide-ranging imagination, his ability to assemble great bands and communicate to all types of audiences - blew my mind, and served as a life-changing source of inspiration.  There have been many other pianists (and non-pianists) who have steered my own musical direction in meaningful ways.  Over the past decade, however, one pianist in particular has become my most significant influence: Fred Hersch.  I call him my musical conscience.  I've been fortunate enough to study with him in person, and his integrity and sensitivity as a musician are only matched by his personal strength, dignity, and kindness.  His technical and emotional abilities on the instrument, as far as I'm concerned, are unparalleled, and the consistency and depth of his musical conception has set a standard to which every type of artist should hope to aspire.

What is your biggest achievement thus far in the music field?

My biggest achievement thus far, honestly, has been my ability to remain working professionally during such a time of upheaval in both the music industry and society in general.  As the record business has essentially collapsed over the past decade, and the economy has taken a nose dive, musicians find themselves scrambling to snatch up an ever-shrinking number of available gigs (jobs), whether in local clubs, concert venues, studios, or private functions.  As a result of working diligently to maintain a certain level of musical proficiency, I have been able to remain busy in a professional capacity, usually outside of the aforementioned settings.  This has mostly involved performing in theaters and churches, and keeping a full teaching schedule.  In case anyone is interested, incidentally, my band, The Blur Division, won the award for Long Island's best jazz band back in the late 90's, and we've been on television a few times and opened up for several major artists.  We're currently working on recording our first CD as a trio.

What advice would you have for a student who is thinking about quitting music in school?

We all have an ego.  It's that part of the mind which has an intense need to do everything well, including play music, because it craves self-validation and approval from others.  Therefore, any form of failure - even playing one wrong note - can lead to excruciating frustration, anxiety, and humiliation, which can make quitting seem like the only option.  It's very important to remember that music is bigger than any one person, that every musician is swimming in an eternal ocean of music, and that the only true path to success is to get out of your own way.  To lose yourself.  To practice music not because authority figures are wagging their fingers at you, but as a chosen form of meditation, where you train your mind to ignore the demands of the ego and submerge your own identity in this collective ocean of spirituality, ideas, intellect, and emotion - what the late great jazz pianist Bill Evans called "the universal mind."  And engaging in this process - especially in this perpetually distracted day and age - will always be deeply beneficial for both students and professionals alike.

What is the most important thing to you when it comes to teaching?

Aside from imparting the information above concerning the importance of taming the ego in one's quest for musical excellence, I try to cover all the bases - physical technique, ear-training, sight-reading, overall musical conception - from the practical perspective of a working professional.  And to impart a lasting passion for music which will provide the students with not only an ever-expanding avenue of creativity and self-expression in the future, but also a valuable spiritual and psychological retreat from their tumultuous daily lives.

Chris teaches here in Stony Brook on Saturdays and Wednesdays. Give us a call to sign up with Mr. Cuvier and begin reaching your goals to become a piano player! 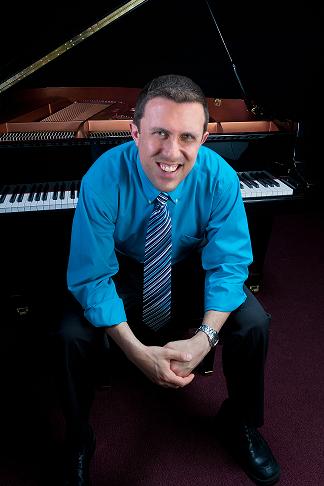