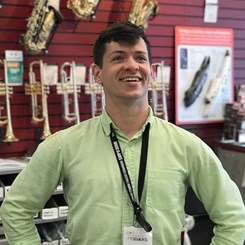 Baltimore's Marching Ravens will be holding auditions for Musicians on Saturday, April 6, 2019.

Our partners over at the Marching Ravens are on the Hunt for new members! What a great way to make a little bit of extra money while doing what you love- playing your instrument! For the football fans out there, YOU GET INTO ALL RAVENS HOME GAMES FOR FREE!

Everyone auditioning must be 18 years or older by Saturday, April 6th.

Below is a short video produced by Marching Ravens Drill instructor Missy Morrison giving you a fast look at the 2018 season:
https://youtu.be/uHdeEpppD-s
Why you should consider joining the Marching Ravens:
It is a paid, part time position for all rehearsals, performances and games. We are paying you to go to Ravens home games!
Great Seating at Ravens home games right on the field sidelines.
Rehearsals are one night a week on Wednesday evenings so you do not have to give up your normal life.
Rehearsals will start in the middle of April and will go throughout the year right up to the Super Bowl.
Performances are ten Ravens home games, July 4th, July 6th and The Marching Ravens will have the honor of performing in the 2019 Philadelphia Thanksgiving Day Parade on Thursday, November 28th plus extra outside events.
The Marching Ravens will supply all brass and percussion instruments. Saxophones, Clarinets and Flutes will have to be supplied by the band member.
Performing in front of over seventy five thousand fans at Ravens home games plus major TV network coverage.
Becoming a members of a worldwide known band...Baltimore's Marching Ravens.
Cost to join....black marching shoes, that is it. There is no dues, no rental of Instruments, no rental of dress uniforms, and the Ravens supply your summer uniform.
Bus transportation to all Ravens home games and events are supplied by the Baltimore Ravens.
Gameday lunch is supplied by the Ravens organization along with snacks.
Rehearsals are held inside at the Ravens fieldhouse in Owings Mills, MD.
On game days, the Marching Ravens performs a pre-game concert, a parade down Ravens Walk, mini concert in the middle of Ravens Walk, pre-game field show, playing during the game, halftime performances, post game concert, post game parade up Ravens Walk.
A published Marching Ravens Yearbook is presented to each band member at the end of the year party along with a gift commemorating the previous season.
Last year, the Marching Ravens Percussion Line performed at Halftime during the Pro-Football Hall of Fame Game and Baltimore Marching Ravens escorted Hall of Fame Inductee Baltimore Raven Ray Lewis in the Pro Football Hall of Fame Parade.
See All Blog Entries