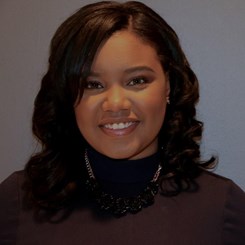 Annisse is a promising vocalist from the D.C Metropolitan Area who has an undeniable love for music and the arts. Her formal musical experience began at the age of nine when she participated in the Washington Performing Arts Children of The Gospel Choir. Early in her career, she has had the opportunity to be featured on the NBC Today Show and perform as a soloist at various venues in the area such as The John F. Kennedy Center, The White House, The Vice-President's Residence, The Washington National Cathedral, and The Capital One Arena. She was also the featured soloist for the Fifty-Sixth and Fifty-Seventh Presidential Inaugural Prayer Services for President Barack Obama in 2008 and 2012.

Annisse earned her Bachelor's of Music in Voice & Opera at Mannes School of Music in New York City and is continuing her education at The Johns Hopkins Peabody Institute, where she is pursuing a Master of Music Degree in Vocal Pedagogy & Performance.

Specializing in Classical/Opera, Gospel, Music Theatre, and Pop, Annisse is passionate about using her gifts to mold and empower the gifts that were given to others. She is determined to create a positive environment where young artists feel safe to express, create, learn and blossom into all that they desire to be. No matter the age, or the developmental stage, every student should be able to experience the enjoyment that comes with the opportunity of having a music education.