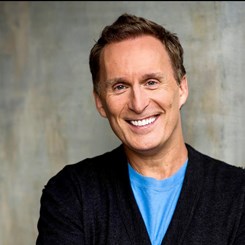 "Whatever you can do or dream you can, begin it. Boldness has genius, power and magic in it." ~ Goethe

David Legg holds a Bachelors of Arts in Music Education from Liberty University as well as a Masters of Arts in Musical Theatre Performance from New York University.  David taught in the public school system for eleven years where his choirs won numerous awards on both the state and national level. During his time as an educator Mr. Legg instructed at the secondary and collegiate levels, received several honors for excellence in teaching and was the chairman of the West Virginia Music Educators State Show Choir Festival.  David has choreographed and arranged music for many top-ranking choirs throughout the United States. He currently lives in Charleston, West Virginia where he is the Creative Director at Blank Canvas; designing and creating music arrangements, shows, home décor and events.

While at New York University David worked with a variety of professionals from the Broadway community and had the unique opportunity to perform in events at Carnegie Hall and in a ceremony honoring Steven Spielberg and Robert DiNero. Some other performing credits include: My Fair Lady; Mame; Fiddler on the Roof; Starting Here, Starting Now; How to Succeed in Business Without Really Trying; The Civil War; and a concert version of South Pacific with Brian Stokes Mitchell.

In his “free time”, David can be found judging show choir contests. He has been on the judging panel for such prestigious contests as FAME Show Choir Festivals and Show Choir Nationals held at the Grand Ole Opry in Nashville, TN. Over the years he has been invited to adjudicate contests in fourteen states from the East to the West Coast. For more about David go to www.davidleggblankcanvas.com