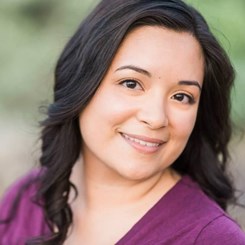 The only thing better than singing is more singing.

I love listening to the cello.

Jenny's love for music and teaching has led her on the path to becoming a singer, music educator, choral advocate, and beat maker. She graduated in May 2018 with her B.M. in Music Education, and a B.A. in Art History from Arizona State University. She is continuing her education with a M.M. in Vocal Performance at ASU.

Jenny began singing at an early age, and joined her first choir in the 6th grade, totaling thirteen years of choral singing in addition to her eight years of private voice coaching with instructors from ASU, most presently, Stephanie Weiss.

This past year, she was an ensemble member in the cast of Les Mamelles di Tiresias at ASU's Lyric Opera Theatre, and was a featured soprano soloist in Bach's Cantata 79 with ASU's Chamber Singers, Choral Union, and Symphony Orchestra as well as an ensemble member of a New Works opera, Halloween Tree, and Behold the Man. Since her debut at ASU as "Armelinde" in Viardot's Cendrillon, she has also performed as an ensemble member of Handel's Acis and Galatea, and Britten's Owen Wingrave.

Jenny is a passionate educator who believes that her role as a teacher is to facilitate musical experiences where students feel comfortable to discover and to investigate, cultivating independent musicianship and self-confidence. Her role is to create an environment that is welcoming and safe where students are free to express their opinions in a space of acceptance, and respect. She strives to encourage and to be compassionate as she guides students to do their personal best as singers and as people.