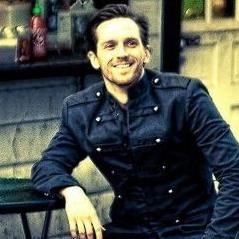 John Auker has 18 years of playing experience and 10 years teaching experience. John is a Cum Laude graduate of Capital University's Conservatory of Music with a B.M. in Jazz Studies and Contemporary Guitar Performance under the direction of Stan Smith and Karl Wohlwend. He is a Pi Kappa Lambda inductee and received an honor for outstanding recognition at the 2005 Elmhurst Jazz Festival. Mr. Auker has performed with Grammy nominated singers, Sarah Kelly and Jeff Anderson. An active participant in the Columbus local music community, he plays in local venues with the ambient post-rock group, Anderson Cale. John also holds a monthly gig at Park St. Tavern with two R&B, Funk and soul groups: The Selner Bros. and Pauly and the Foundations. He also serves regularly at Grove City Nazarene, Vineyard Columbus, and Upper Arlington Lutheran Church, three of the largest congregations in the Columbus area. John performs nationally as George Harrison in the Beatles tribute, Hard Day's Night. In addition to maintaining a steady performance and lesson schedule, John is also an active studio session guitarist. Clients for session work include Good Day Columbus, Jeff Anderson and most recently, John Auker was hired to contribute all of the electric guitar parts on Noelle Shearer's 2013 release, Speak to Me. John is also a featured instructor on the online guitar instruction site, JamPlay.com.

In private lessons, students can draw from John’s knowledge and expertise gained from years of performance and experience in the music industry. As both a performer and a teacher, he values versatility in both disciplines. John’s lesson program is tailored to the individual. He builds a student/teacher relationship grounded in respect and care for each student as a person. He is a kind and patient instructor, listening, encouraging and guiding his students along their individual musical paths.  Aware that musical education provides value beyond the scope of a single instrument, John helps each student build a foundation grounded in essential basic skills and fundamentals (like reading, rhythms and technique) that serve the student no matter where their musical interests may take them in the future.

Maybe you're a beginner with no musical knowledge; maybe you've been playing for years but need some structure or a new plan in your practice routine; maybe you just want to learn some of your favorite songs and jam with friends; or maybe you're ready to start preparing for musical study at the university level. Wherever you are in your musical journey, John can meet you there and push you to the next level. Are you ready to move forward in your musical pursuit? Slots are limited, so call Music & Arts in Worthington and get scheduled for lessons with John today!