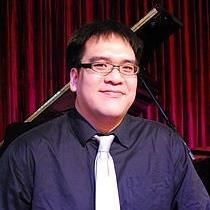 Kevin Hwang was born in Houston, Texas in 1985. He began Suzuki Method violin lessons at age five and until his graduate study he has been taking private lessons from several famous violin teachers such as Dr. and Mrs. Vamos, professors of Northwestern University and Emanuel Borok, the Concert Master of Dallas Symphony. Kevin was a member of Houston Regional Symphonies and of the Texas All-State Symphony Orchestra for many years.