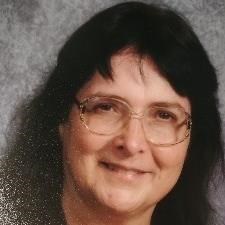 Laura Phillips comes to Music & Arts with 30+ years of experience teaching Flute, Clarinet, Oboe, and Saxophone.  Her students generally do well preparing for jazz band auditions, special ensembles auditions, and solo auditions.  Three of her flute students have auditioned for and earned All State Band or Orchestra seats in the past two years, plus scholarships to college and Division I Ratings at State Solo and Ensemble competitions.  Her Middle School students also do well in community solo contests with lots of blue ribbons and delightful comments from judges.  She teaches students with a wide span of age (from elementary school to octogenarian), since music benefits the cognitive and the creative sides, and she wants to help students to have an enriched and successful life.

During her tenure at West Music in Iowa, Ms. Phillips performed with her church music ensembles, IrishJam Band, and in Marion Community Band.  She additionally made the sub list for an elite group of professionals in the Cedar Rapids Municipal Band. Monroe Community Band is currently looking at having her participate in their group.

Like most students, Ms. Phillips started playing her flute in Middle School, and became the solo Piccolo player for her high school band as a Sophomore.  She continued her Piccolo work in the Eastern Washington University Band and Orchestra, and was Principal Chair Flute in the Orchestra her Senior year.

She is a life long learner, always incorporating new concepts and techniques into her array of ‘tools.  2007-2008, Laura pursued and earned Iowa State Credentials to teach K-12 Music. Not long after, she spearheaded establishment of Celtic Camp at West Music.  Her inspiration was her own children, who  played violin and flute in a Celtic student ensemble during Middle School and early High School.  Their proficiency jumped amazingly (repetition of tight little motivic melodies with a high level of technique required).  She markets her Strings+Flute Celtic arrangements through JW Pepper.  She also has her Celtic Camp materials ready and waiting for opportunities in Washington State.

Her Motto: A Musical Puzzle a Day Keeps Musicians at Play