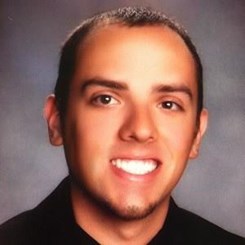 A native of Hazleton, PA, Matthew Mitchell has had music in his family for generations. Relatives on both his paternal and maternal sides have made music a major part of their lives. He began playing piano at age 6, and then added saxophone at age 9. Since then, Matthew has played with many of Hazleton’s premier musical groups, including: The Hazleton Philharmonic Big Band, the Hazleton Philharmonic Orchestra, and the Hazleton Liberty Band (which has origins dating back to the Civil War).

Matthew developed quickly, earning many musical achievements while a student at Hazleton Area High School, including: Louis Armstrong Jazz Award, William R. Gasbarro Scholarship, and All State band honors. He also participated in the Performing Arts Institute Summer Music Program at Wyoming Seminary, where he performed with a multitude of talented young musicians from across the country. These distinctions earned him a great deal of recognition as an up-and-coming musician in Northeastern Pennsylvania.

After graduating from high school with Distinguished Honors, Matthew matriculated to Indiana University of Pennsylvania to pursue a degree in Music Education. At IUP, Matthew participated in many of the offered ensembles including: The IUP Legend Marching Band, Sax Ensemble, Jazz Band, and Symphony. He also successfully completed the necessary requirements to obtain a minor in classical piano.

After completing his sophomore year, Matthew decided he wanted to pursue jazz on a deeper level, which led him to Moravian College. At Moravian, Matthew was involved in many musical ensembles at, including: Marching Band, Big Band, Wind Ensemble, and Choir. He is a founding father of Moravian’s chapter of Phi Mu Alpha Sinfonia all male musical fraternity.

After receiving his Bachelor’s degree, Matthew moved to Philadelphia to pursue a Master’s degree in Jazz studies at the University of the Arts. While at UArts, Matthew participated in a wide array of ensembles, and studied under some of the best collegiate teachers in Philadelphia. He received his Master’s degree in December 2015, and the concentration of his Thesis paper involved saxophonists who are legitimizing the fusion of pop and jazz. Since moving to the Philly area, Matthew has also become very involved in teaching private lessons, and has also worked with the jazz ensembles at Plymouth Whitemarsh High School.

Matthew has had the opportunity to study under a multitude of talented musicians and wonderful teachers. He studied piano with Joan Moyer, Dr. Henry Wong Doe, and Skip Wilkins. He also studied saxophone with Neil Forte III, Tom Heinze, Dr. Keith Young, Dr. Neil Wetzel, Tony Gairo, Larry McKenna, and Chris Farr. Matthew uses the insight gained from these teachers to effectively pass the joy of music along to eager students of any age.