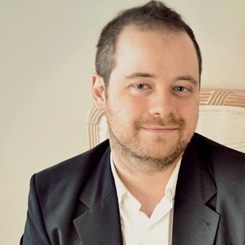 Award-winning Russian violinist Nikita Borisevich is known for the precocious depth and sensitivity in his playing and utterly finessed technique. Reading
Eagle wrote after his performance: “..astounding soloist, the piercing beauty of whose tone was reminiscent of Oistrakh’s”

Nikita swept onto the international stage at the age of twelve, and has since then performed in Russia, Czech Republic, Latvia, Austria, Germany, Spain and
the US on renowned stages such as the Kennedy Center (Washington D.C.), the Great Hall of the Moscow Conservatory (Russia) and the Manuel de Falla Auditorium (Granada, Spain). He was born into a musical family and started playing the violin at a young age of five, with his father being his first teacher. At the age of twelve, Nikita made his
orchestral debut, performing the Haydn Violin Concerto with the Perm Opera Symphony
Orchestra. At fifteen he performed Concerti by Bruch and Vieuxtemps with that orchestra, after having won the prominent Russian national string competition “The Magical Bow.”

In the 2011-2012 concert season, Nikita performed with the Ural Philarmonic and Volgograd Academic orchestras, playing works by Paganini, Ravel and Waxman. Most recently, he performed the Sibelius Violin Concerto in the Friedberg Hall of the Peabody Conservatory under the baton of Jordan Smith.

In addition to his busy performance schedule, Nikita broadened his musical horizons by attending the Russian Music Academy in Dortmund, Germany (2005), as well as the Heifetz Institute in Staunton, VA (2010, 2012).

Nikita received his Bachelors and Masters degrees from the renowned Moscow Conservatory, where he studied on full scholarship with Maya Glezarova and Marina Keselman, and is currently pursuing further graduate studies at the Peabody Conservatory of Music in Baltimore with Victor Danchenko and Michael Kannen.