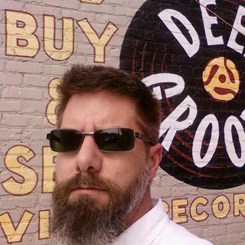 Scott P. Cory, a native of Fort Lauderdale, FL, has performed as a professional guitarist for the past fifteen years in the Richmond area.  As a soloist, Mr. Cory has performed for many receptions, corporate functions and private parties throughout central Virginia.  He has also played for non-profit organizations like the Virginia Museum, the Valentine Museum, the Science Museum of Virginia, MCV, Johnston Willis Hospital, the United Way, the Sierra Club, and Habitat for Humanity.  Mr. Cory has performed his eclectic solo guitar repertoire of classical, jazz and contemporary music in local restaurants, churches, art galleries, public recitals and in concert.  As an accompanist, he has performed in many different musical settings with a wide range of musicians and singers throughout Central Virginia. As a professional educator, Mr. Cory holds both a Bachelor of Music as well as a Master of Music Degree in Guitar Performance from Virginia Commonwealth University.  Mr. Cory has been an adjunct faculty member through VCU’s Department of Music, Trinity Episcopal School, Collegiate School, Guitar Works inc., as well as Southern Music.  He currently maintains a busy teaching studio at Rhapsody Piano and Guitar in Richmond’s west end, as well as Music and Arts on Richmond’s south side.  Mr. Cory also teaches guitar classes for The Millwood School. A founding member of The Cory/Davis Flute and Guitar Duo, Mr. Cory has enjoyed performing at more than 300 events such as weddings, private and corporate parties, and receptions with his partner of twelve years, Susan Davis Farmer.  He has performed jazz guitar with the ShoreLeaveBand, and also currently enjoys performing jazz and acoustic guitar with the group ChillCast throughout Central Virginia.  Scott and his wife Tonya, also an accomplished Singer/Performer, Educator and Musician, reside in Richmond, VA.