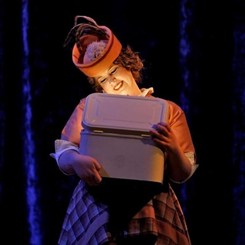 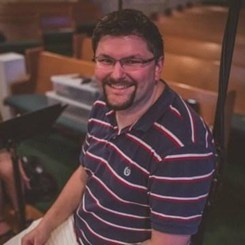 We are excited to welcome Andrew Greene, the new Store Manager of Severna Park Music & Arts. Andrew will join us on February 26th. Here is a message from Andrew:

Hey! I'm Andrew. I am the founder and director of the Peacherine Ragtime Society Orchestra, "the premier American ragtime ensemble" as hailed by the Washington Post. My primary instruments are piano, acoustic bass, and voice, although I have formal training on cello, clarinet, mallet percussion, and electric bass. I joined the Music & Arts family in August 2014 October of 2015 at our Severna Park location as a rental temp, became a full time employee at our Bowie, MD location in October 2015, and became manager of the Timonium, MD store April 2016. I’m proud to be the new manager at the Severna Park location, which was my local Music & Arts when I was growing up. It’s an honor to come full circle and manage this location!

When I entered the University of Maryland, I performed in their Repertoire Orchestra and founded PRSO. Peacherine is now seven years old and is nationally recognized as the leading professional touring Ragtime Orchestra in the United States. We do national touring at performing arts centers, historic theaters, colleges, universities, and concert associations. Highlights include performing on the Kennedy Center's Millennium Stage in 2014 and 2015, the Library of Congress in 2015, the American Film Institute’s Silver Theatre in 2012, and guest conducting the South Dakota Symphony Chamber Orchestra for a series of Charlie Chaplin shorts in 2013. I own one of the largest private collections of orchestrated ragtime, theater, dance, and silent film accompaniment music in the United States. I also travel the country as a ragtime pianist, and give lectures at colleges, universities, and ragtime festivals.